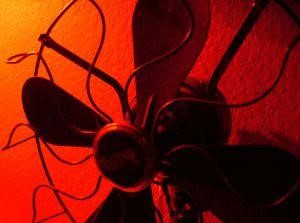 The rise of modern America was strongly influenced by the introduction of air conditioning – in fact, most people don’t realize just how much cooling with AC units impacted the production, and the very industrial culture of the country. Today, more than 87% of households in the urban areas of the country have air conditioning. The National Academy of Engineering ranked air conditioning the 10th most important achievement of the 20th century.

Air conditioning didn’t start out as a solution to staying comfortable during hot weather, however. The first air conditioning machine was invented in 1902 to remove humidity and lower temperatures in storerooms to prevent paper being damaged; it wasn’t until later that air conditioning was used to keep homes, offices and other buildings comfortable.

By the mid-1970s, air conditioning had become a common feature of homes throughout the country. Urban parksand recreational areas witnessed a gross decrease in the number of visitors, as children relished in television shows. Even baseball, saw the effect of AC – attendance had peaked in 1960, and didn’t surpass the numbers of that year for another 20 years.

In 1984, historian Raymond Arsenault wrote that air conditioning had changed the way of life, and had an impact on socialization, sleeping habits, and everything in between. He also noted that it contributed to the dissolution of poverty, agrarianism, romanticism, orientation towards non-technological folk culture, neighborliness, a slow pace of life, and more.

Architecture has also been strongly influenced by air conditioning; after World War II, the use of air conditioning allowed modern glass-walled skyscrapers, such as the United Nations building (1952) to become mainstream. Windows were designed to not open and close – just to remain closed in many buildings, and windows were also generally designed to be bigger, stronger and brighter. Walls were replaced with thermal pane glass and clear ceilings. Thanks to air conditioning, any heat brought in by the sun could be counteracted indoors.

For the home, manufacturers promoted air conditioning as promoting better sleep, more comfort, better eating, and better air quality, free from the allergens of the outdoors. Traditional design features of houses, like deep porches, thick walls, cross ventilation and wide eaves, were no longer needed to keep homes cool. The first residential air conditioners were big, bulky cabinets that were placed in living areas. These were replaced with condensing units in basements and eventually, the central systems that many modern homes rely on today.

Overall, air conditioning has made Americans better workers who are more comfortable, more productive, and more healthy. In addition, air conditioning, including the cooling in Ames, IA, keeps people safe and out of harm’s way when it comes to their risk of heat exposure, heat exhaustion, and heat stroke. During the 1936 North American Heat Wave, during which more than 5,000 people in the United States died, air conditioning had not yet become mainstream in residences, and would not do so until after World War II.

Neighbor’s is your premier provider for air conditioning services in Ames, IA. We service and repair all major brands of air conditioning units, and install American Standard cooling and heating systems. Contact us to make an appointment for Ames air conditioning repair and maintenance today!