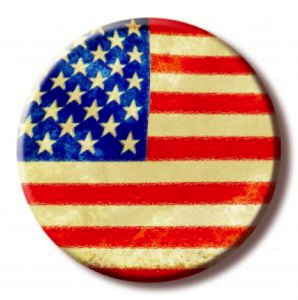 Most people know that we celebrate the achievements of American workers each year on the first Monday in September. The holiday often unofficially marks the end of the summer season and the beginning of “back to school” for many. But how did it all start? What caused a holiday like this to become Federally recognized?

Labor Day became a Federal holiday in 1894, after President Grover Cleveland acted as a response to a failed attempt at breaking up a railroad strike. At the height of the Industrial Revolution in the late 1800s, the average American worker was working 12-hour shifts, every day of the week in order to make a basic living. In addition, children as young as 5 years old worked in factories, mines and mills across the country, earning a tiny fraction of adult wages. Finally, almost everyone often faced very unhealthy, unsafe working conditions, plagued by insufficient access to sanitary facilities, breaks and even fresh air.

Unions slowly became more prominent and vocal, and started organizing rallies, walks and strikes to protest poor conditions and call for wage negotiations. While many of these events often turned violent, others gave rise to traditions; on September 5, 1882, 10,000 workers took unpaid time off to march in New York City from City Hall to Union Square – the first Labor Day parade in America.

On June 26 of that year, the American Railroad Union called for a boycott of all Pullman railway cars. This action crippled railroad traffic across the country. In an attempt to break up the strike, the government sent troops to Chicago but it unfortunately unleashed a series of riots, resulting in the deaths of many people. In an effort to repair ties with American workers, in the wake of the massive unrest, Congress passed an act making Labor Day a legal holiday.

The founder of Labor Day is unclear even to this day; some credit Peter McGuire, co-founder of the American Federation of Labor, but others believe it was Matthew Maguire, Secretary of the Central Labor Union who first proposed the holiday. Either way, today the holiday is celebrated across the United States with picnics, festivals, parades, fireworks and public gatherings and is often thought of as representative of the end of summer.

Neighbors Comfort provides all the services you need to have a safe, happy and comfortable Labor Day holiday this year! We proudly offer heating and air conditioning services in Ames, Iowa and all surrounding areas. Contact us today!